Astrology is the most versatile tool for self-awareness and the key to improvement. 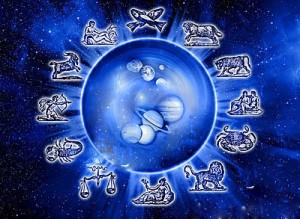 The map of the sky at the moment you were born (it is called “the horoscope” or “the birth chart”) will be the reflection of your unique personality, help you find the perfect partner, show you a quick path to your career and tell you how to become a good parent. The term “horoscope” consists of two words: “hora” (“time”) and “scopos” (“observer”) and means the picture of the sky at a certain hour. Knowing your horoscope will help you cast a glance at your life in a broad perspective and understand the sense and meaning of the big periods of life.

However, Astrology as a universal system of knowledge encompasses even much more valuable spiritual treasures. It teaches the most important thing – the ability to understand other people.

Astrologers have been exploring the action of the planets on people’s behaviour, manifestations of personalities, health, karma and other aspects of life for thousands of years.

You could hardly find any people doubting that the weather determines our mood, increases activity or, vice versa, makes us sad or bored. We are active when the moon is full, whereas new moon takes our energy potential away from us.

A wonderful sunny day makes us want to be closer to the nature: “the walls crush us” and we desire to leave the city as far behind us as possible. We also feel the effect of the energy of the Sun and Moon. People are slowly getting used to following the lunar calendar when planting their gardens and orchards. Some people have preserved our ancestors’ wisdom and are able to forecast the weather by peculiarities of nature noticed by the folk.

And what about other planets which we disregard simply because we can’t see them? Don’t they really mean anything for the inhabitants of the Earth? This certainly can’t be true according to the laws of logics.

Such giant celestial bodies as planets surely affect each other. The Bible says: “As it is in heaven, so shall it be on Earth.” We can’t see the 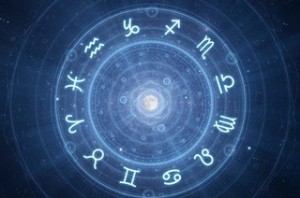 elements the air is made of neither atoms nor molecules. But these particles are real, they exist. Invisible microbes cause diseases, invisible energies affect our mood, tone of life and activity.

All developed civilizations explored the effect of the Sun on the Earth and its inhabitants. The fundamentals of the ideas of Buddhism, Christianity and Kabbalah are the knowledge about the Cosmos and the influence of cosmic energies on the life on Earth.

The Cosmos, Nature and God are very close concepts. We all – the creatures of God, Cosmos or Nature – are dependent on the qualities given to us by them. Astrology enables us perceive the best way to realize our potential abilities. Everyone can find one’s way of life.

Astrology is the teaching about the influence of celestial bodies on the life of people and states and on natural phenomena – it helps get to know oneself and the world as well as to perceive the causes and consequences of various phenomena. “Knock, and the door will be opened to you; seek and you will find.” It is not worth shutting oneself within the narrow frame of perception of the world. The world is huge – open yourself and your soul to it, and you will be surprised by both the simplicity and complexity of the university.

Astrology is the most ancient science of the humankind. It accompanies the rise of civilizations. The first nation to start exploring the movement of the stars and planets systematically was the Chaldea. Chaldean oracles knew that the arrangement of celestial bodies affects people’s fates and historical events already four thousand years ago. Later, Astrology became a part of the religion of Ancient Egypt. The science of Astrology has also underwent developement in Ancient Greece, Roman Empire and Eastern countries.

Astrology is neither magic nor witchcraft. Astrology is a science tested throughout the course of ages. Nostradamus, Hippocrates, Galileo, Kepler, Copernicus and other scientists explored Astrology in connection with Mathematics, Medicine and Astronomy. In the old days, not a single important decision used to be made without taking into account the arrangement of the stars and planets. Nowadays, most politicians and famous people consult astrologers as well.

The interest in scientific Astrology has increased all over the world recently; more and more scientists are speaking up about the benefits of this science. This is no surprise, as the human being has been striving to know not only the surrounding world but also oneself as well as one’s fate and future since times long forgotten. 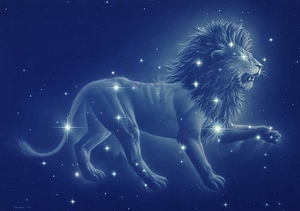 Inborn curiosity of one’s mind, the need to create, explore and analyze formed the spiritual world of the human being throughout the whole evolution process thereof; the human being got to know various scientific and technical fields and the rich world of art.

Most fields of modern science date back to the origins of the cradle of ancient science: Chemistry originated from Alchemy, Physics – from Metaphysics, Medicine – from folk medicine (shamanism, oracles, herbalism), whereas scientific Astrology or Cosmobiology – from ancient classic Astrology.

Modern scientific Astrology not only explores, investigates and processes the results of the effect of the Sun on the Earth, the planets of the solar system and the planets of our and other galaxies but also analyzes the whole of the influence of the Universe on our planet. Scientific complexes have been and are being developed, various archives of statistical management boards and agencies are used and the most up-to-date calculation techniques are applied for that purpose.

Now, like always before, the focus of scientific Astrology is the human being.

Scientists have proven that flashes of the Sun and magnetic storms affect not only the wellbeing of a human being but also have a great influence of the climate and weather conditions of the Earth. Both positive and negative ions present in the atmosphere of the Earth affect the human being’s bahaviour, emotions and feelings. Electric charges in the atmosphere of the Earth and geomagnetism also influence the world of flora and fauna as well as the human being. The Moon strongly affects not only the exchange of water in the atmosphere of the Earth but also the climatic conditions and the world of flora and fauna. Cosmic radiation is the reason of the changes of DNA and RNA cells. Therefore, as we can see, various radiations highly influence the lives of everyone on Earth. The planets which form certain aspects (angles) between themselves, also cause flashes and spots of the Sun, the changes of the tension and direction of magnetic fields of the Sun and Earth.

Astrologers have known since ancient times that eclipses of the Sun and Moon highly influence weather conditions, activity of the volcanoes of the Earth and behavior of people, especially of those whose horoscopes are characterized by the arrangement of planes under the angle at which the eclipse takes part.

The whole of cosmic influences at the time of birth of a human being as well as heredity, surrounding environment, social and climatic conditions and other factors create the preconditions for forming the human being’s temperament, character, abilities and other qualities that determine one’s fate.

An astrologer provides one’s services to the customers based on their individual horoscopes and, of course, the circle of people which has formed constantly turns to the astrologer for pieces of advice well aware of and understanding their value from their own experience.

The astrologer’s knowledge of the human being’s residential environment, way of life and cultural level is highly significant to a more accurate interpretation of the horoscope. Therefore, the astrologer must obtain this information before expressing one’s opinion.

Some predictions are not allowed in Astrology; just like in medicine, they may be disclosed to third parties only but not to the customer. Such a person may be a person close to the customer, a relative or a friend, although not always. There is a witty saying about that: “…death may not be predicted, as the customer would simply not survive that …”

Ancient wisdom says that only the person who is able to live one’s fate but not suffer it is happy. Certainly, we must use all obstacles and contradictions which are abundant in the path of our life merely as a stimulus for further spiritual and moral development. As one of the ancient Greek poets wrote: “…become who you are when you learn it…” A human being becomes a real personality and achieves the heights of one’s development only after having got to know and overcome oneself.

Humans have looked to the heavens for guidance since time began. Some 35,000 years ago, one of our ancestors scratched a lunar calendar on to a piece of bone to record the phases of the Moon. Worshipped for its life-giving powers, the waxing and waning of this mystical body told early communities when to plant and harvest, and guided the hunter. Stonehenge was built as an elaborate lunar and solar calculator, mapping out complex astronomical phenomena in stone. Similar sites and devices have been discovered  all over the ancient world.

In these earliest times, no division  was made between astrology -divining meaning from close observation of the skies – and astronomy,the strictly scientific study of the celestial bodies. In Babylon, Arabia, India, China and Egypt, maps of the sky enabled the astronomer-priests to 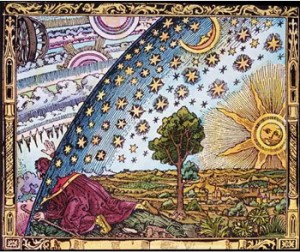 calculate propitious timings for affairs  of state and royal marriages. Their observations were far from primitive. As the sky maps in ancient Egyptian temples show, early astrologers were aware of events in deep space far beyond the scope of all but the most modern telescope.

In medieval Europe,  and in early America, astrology pervaded  all

aspects of life. Medical practice was based on astrology: herbs were grown, harvested and prescribed according to astrological principles. The moment an illness struck, a chart was drawn up for the sufferer, who would be given a herbal mixture  based on its interpretation.

Astrologers  of the Middle Ages  also refined the art of prediction.

Nostradamus  is perhaps the best known of these medieval astrologers, although his projections had to be disguised  in obscure “quartets” to avoid the attention  of the Inquisition.

Hippocrates, Galileo, Kepler, Copernicus and many other scientists have been studying astrology in close connection with mathematics, medicine, astronomy … In ancient times, no important decision was taken without taking into account the position of stars and planets.

In its contemporary form, astrology is used in all walks of life, by anyone who seeks greater understanding. Astrology is used regularly as a psychological and counselling tool, to inform business decisions and in career guidance. As a practical tool for enhancing personal wellbeing, it can identifu areas of compatibility and conflict, indicate the perfect  timing for an important event, and point the way forward when all paths seem blocked.

We're not around right now. But you can send us an email and we'll get back to you, asap.